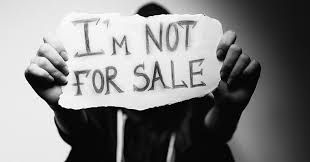 .Human trafficking is a crime in New Zealand under Section 98D of the Crimes Act 1961. In 2002, the New Zealand Government ratified the Protocol to Prevent, Suppress and Punish Trafficking in Persons, especially Women and Children (Palermo Protocol),[2] a protocol to the United Nations Convention against Transnational Organized Crime (UNTOC). New Zealand participates in efforts to combat human trafficking in the Asia-Pacific region, and has a leadership role in the Bali Process on People Smuggling, Human Trafficking and related Transnational Crime (Bali Process).[3]:13 As human trafficking is not considered to be an active issue in New Zealand, the government focus is on prevention and identification of victims and offending.[3]:5 New Zealand has been classified as a destination country for human trafficking and a source location for domestic trafficking of forced labour, including children in the sex trade.[4] According to the United States Department of State annual reporting on the effectiveness of government actions to address human trafficking, New Zealand has consistently achieved a Tier One (highest) ranking, achieving full compliance with the minimum standards as contained in the Trafficking Victims Protection Act 2000 (TVPA).[5] These standards are generally consistent with the Palermo Protocol.[6]

To learn more HTML/CSS, check out these tutorials!